WORKS > Stained glass should be beautiful.(2018)

Stained glass should be beautiful. 2018 Video projector 00:02:54 This large-scale projection work represents Notre Dame cathedral’s stained glass with manga images. In the Bible, it was mentioned how a woman was created “…And the rib that the Lord God had taken from the man he made into a woman and brought her to the man.” (Genesis 2:22). What is the role of a woman? Did God create a woman using the rib from Adam for his entertainment? On TV, there are many girl group idols emerge and disappear repeatedly. In the manga for kids, the female characters change their costume in uncomfortable ways but looking good such as a short skirt, long boots, and many accessories before fighting with energy. Manga industry makes a profit by selling kids' cosmetic using manga characters. That regards wrong thoughts about femininity. The whole media group makes the women’s image, and prejudice such as what religion did a long time ago. 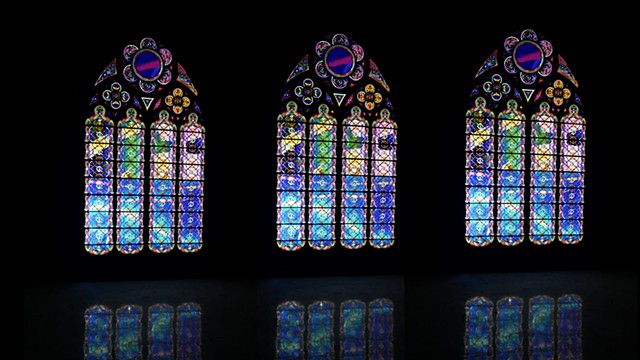 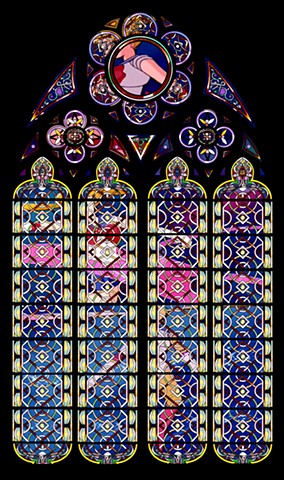 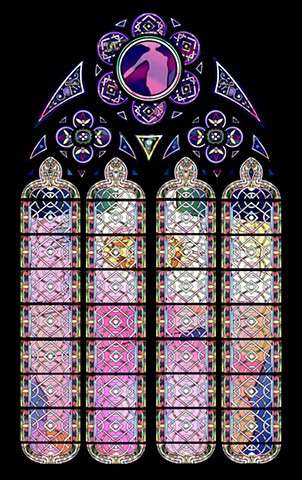